Birth story whilst it’s fresh in my mind …apologies for the length!!

Woke up on Friday morning and felt different. Had an urge to really deep clean the house (I’m clean-the-house obsessed anyway, but this was a whole new level!!), had eyebrows threaded, washed hair and painted nails, lovely meal with husband. I had mild cramps all day and felt a bit achy, but since Darcey was 12 days post dates, I had convinced myself this baby would be too.

We watched some Only Fools & Horses then went to bed about 10pm. John read me a hypnoscript for helping baby come out!

Then the drama started! Darcey (our 3 year old) started shouting for us. We went in and she had vomited everywhere. I then spent the next 4 hours changing sheets, washing mattress, getting us both showered and hair washed, into our bed…same thing happened so back up again. In the mist of all this, the cramping I had, disappeared.

When we finally collapsed into bed, I was so paranoid about Darcey choking on her sick, I couldn’t settle.

I remember being uncomfortable from about 2am, but thought I was coming down with the same sickness bug, until I went to the bathroom at 6am and saw I had lost my mucus plug. Very mild surges then started.

We decided to call my mum to come help with Darcey about 9am as she kept on vomiting and I couldn’t relax. It was decided that my mum would take Darcey to her house as I felt I couldn’t let nature run its course whilst I was so concerned with Darcey.

Myself and John watched a couple of comedies, and The Hangover. I tried to eat, but I had been sick quite a lot and even the smell of food was making me feel quite ill.

We were timing the surges, and they were coming around every 5-6 minutes apart. I informed the midwife quite early on in the day as I wanted my name on the board. She called me and text me a couple of times and asked if I wanted assessing, which I didn’t. She said to call back when they were a couple of minutes apart, and to fill the pool at that point.

At 5pm I decided to ask her to come assess me as my surges were still 5-6 minutes apart. I decided I would be around 2cm so as to not disappoint myself. She arrived at 5pm to me throwing up. She had a listen to baby, felt my surges then quickly examined me. To my delight I was 6-7cm. She said vomiting was my transition and she thought baby would arrive around 9.30pm. At this point I turned to John and told him I felt scared. He reassured me (as he had all day) that I had nothing to be afraid of and that I was doing an awesome job.

I got into the pool, things really ramped up and the second midwife arrived. The midwives were amazing. They were so respectful of my choices and hypnobirthing. They were extremely quiet and stayed in the breakfast room.

I very quickly had the urge to push so called them back in. They tried to listen into baby and use the mirror but couldn’t see because the room was so dark and I couldn’t move enough for them to listen to baby. They didn’t push to me move for them and just asked if I could feel for baby.

I had my “rest and be thankful stage”. John told me afterwards he was worried labour had stopped as there was a big pause. I knew exactly what I was and was so thankful of the breather.

A few surges later and I could feel baby’s head. I felt the head corkscrew as I birthed it. The next surge and our baby was out. Myself and John brought baby to the surface. It was a while before I discovered we had a little girl. She was born to The Carpenters “We’ve only just begun”. Quite fitting as this was my late nana’s favourite song, and we had pictures of her up in our birthing room. I know she was there with us in spirit❤️

We spent a good 20 minutes in the pool waiting for the the cord to turn completely white and to stop pulsing. We got out of the pool to cut the cord and deliver the placenta.

When the midwife had arrived, John had called my mum to bring Darcey home. She just missed the birth, though I don’t think this was a bad thing in the end as she was still very poorly. She arrived as we were having skin to skin. The midwife showed Darcey the placenta and explained each side of it to her as she had been fascinated throughout my pregnancy with the placenta and cord!

Unfortunately little miss had arrived with her hand in the air, and caused a 3rd degree tear. At 9.30pm an ambulance arrived to take me in for suturing. It was a shame we didn’t have our first night at home, but it really didn’t matter to me.

I had the most amazing, relaxed, drug free, empowering birth. I am amazed at my body. I am amazed at hypnobirthing and what a difference it made. I used my visualisations, breathing and affirmations right the way through to the end, and in theatre whilst being sutured. I am amazed at my husband. What a difference from the birth of Darcey when he felt frightened by the experience and helpless – he was calm and in control. I birthed our baby looking into his eyes as he was my strength and I could not have done it without him. My midwives were amazing. Bec and Alison. They did exactly as I had hoped and left me completely alone. 2 wonderful ladies and I am forever grateful to them for the support they provided.

We’re all home now and I’ve written this as my 2 girls and husband lay on the bed asleep next to me (well baby is actually attached to boob!! She’s fed like a trooper from the minute she was born!). 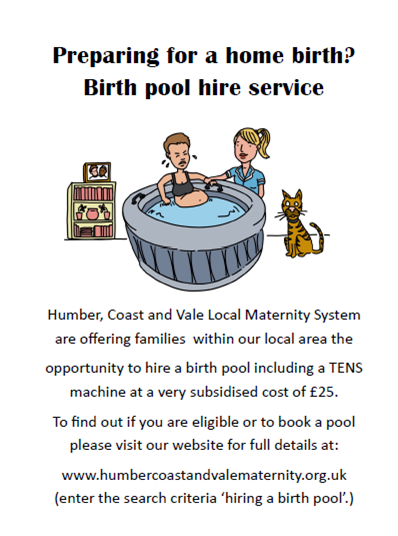